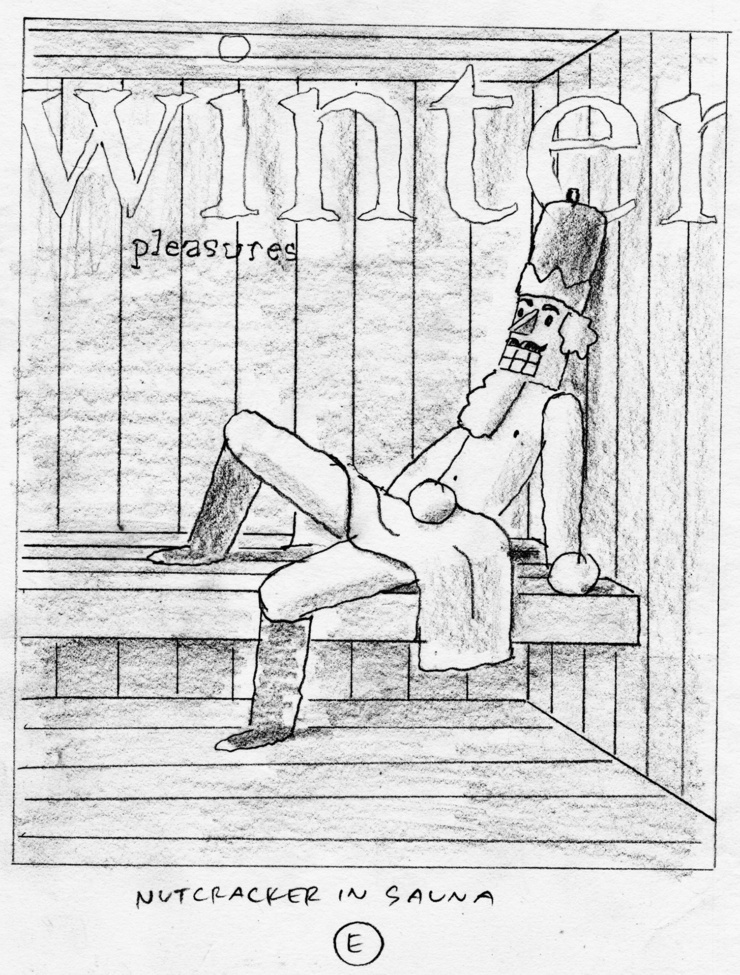 In keeping with the Kim Jong Il theme of degenerate characters, here's another story of an image subjected to the scrutiny of wary editors afraid of offending their readership. This one, a recent cover for the Chicago Trib's Sunday mag, squeaked through after much handwringing and a few modifications. The sketch was initially well received until someone wondered aloud if it was a bit "creepy." 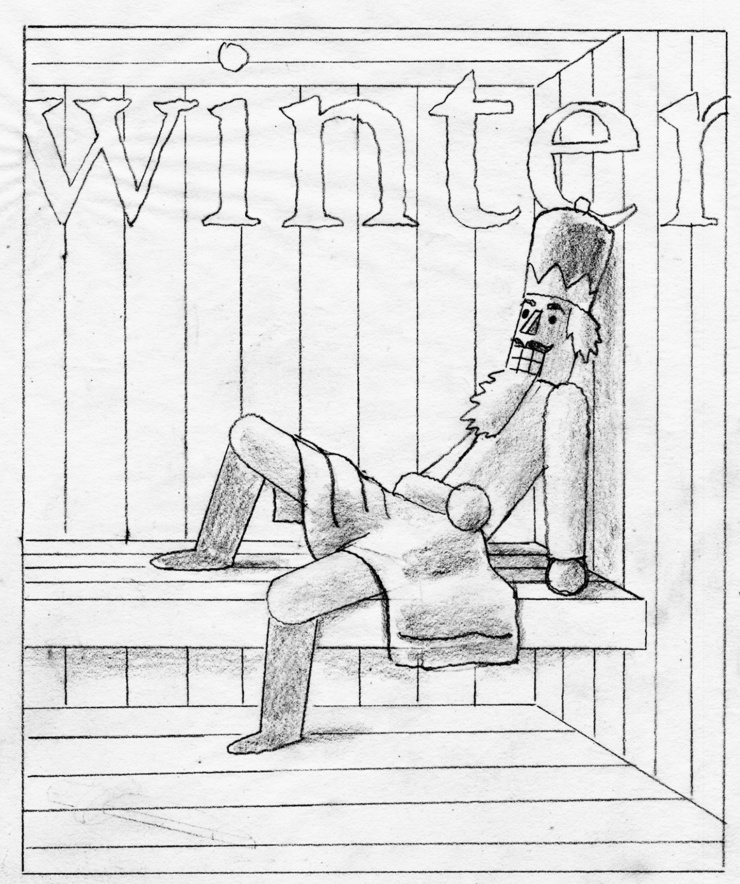 A revised sketch was requested with a bigger towel, no nipple or belly button, and hand moved away from crotch. There was a brief discussion about whether we should lose the towel and put pants on him, but the AD and I agreed that nobody wears pants in a sauna. 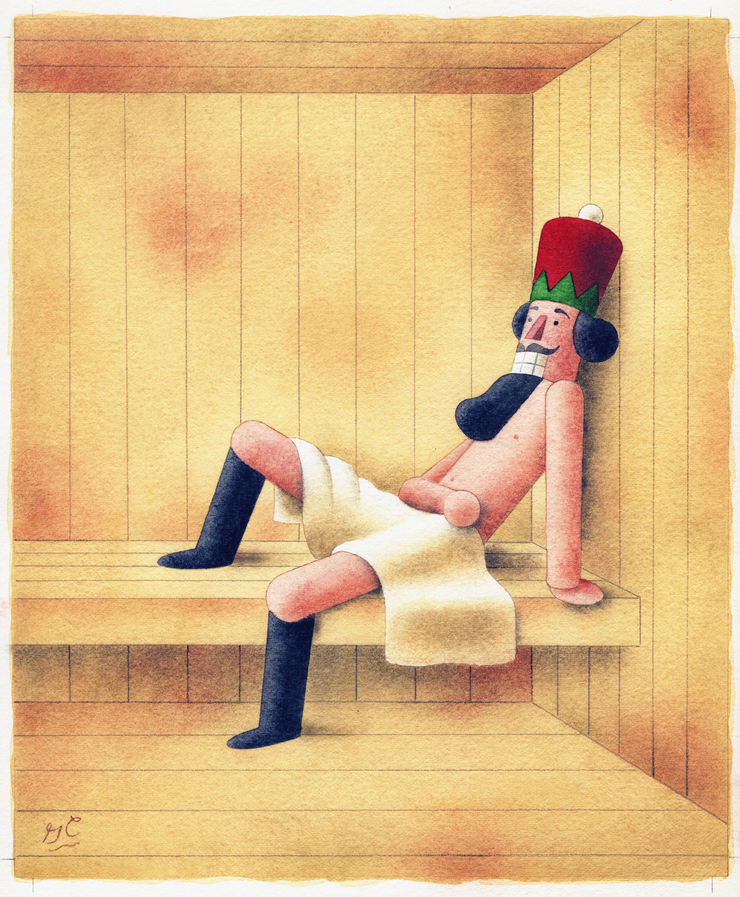 Final art was delivered. No decision had been reached regarding the belly button or the nipple so I left them in (because nipples and navels are inherently funny), figuring they could be removed at the last minute if necessary. But new alarm bells were sounded when somebody mentioned that the forearm over his lap looked like a penis. It only had to be mentioned, and now everyone was seeing it. 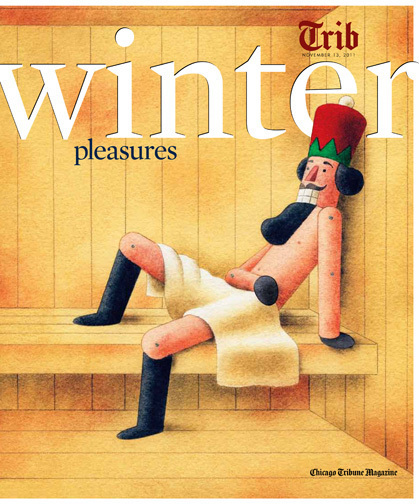 The final alteration was making his hands black and adding screws to his body to underscore his "puppetness" (less human = less creepy). To their credit, the nipple and navel stayed. Thanks to AD David Syrek for shepherding this through treacherous waters, and the the SI 54 judges for accepting it into this year's editorial show. 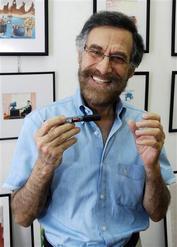 Earlier today the brave Syrian cartoonist, and critic of Bashar Assad's thuggish regime, was pulled out of his car by masked gunmen. They beat him, breaking his hands, before dumping him on the side of the road. The assailants reportedly said, "We will break your hands so that you'll stop drawing."

As if we need another reminder of how precious our freedoms are.

You can show your support for him here: 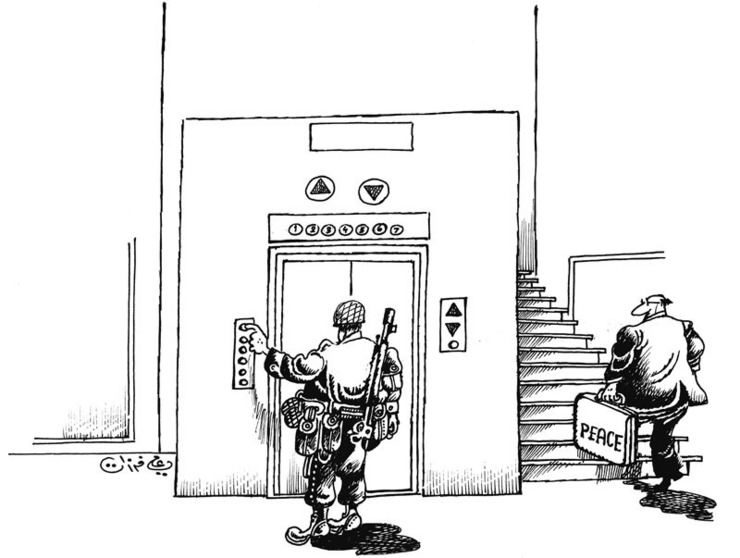 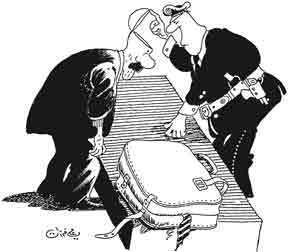